When I was a teenager, nobody could have convinced me that the only way to pursue happiness or to be happy in life was doing what you love.
At the age of ten I watched satellite TV. On some channel, I watched catwalks and knew that I belonged to that world.
At the time and in the culture I was growing up, the only way of being part of the fashion world was being a model.
However, as a model in my social world you needed to have a high share of self-confidence and a strong character if you wanted to protect yourself from being looked down.
Being intelligent and being a model at the same time was and still is not compatible. What a shame but that’s the view of mainstream society and it hasn’t changed.
They also believe that a fashion blogger can’t be intelligent.

When you have big dreams as a teenager and want to be a designer or the like, people don’t take you serious.
Therefore I needed to hide my dreams as a teenager. Being a designer at the time of my youth was definitely not thinkable.
As a child I couldn’t go abroad and find out the truth about the society I come from.

For this reason, I went to study something totally different that had nothing to do with fashion and subjects I didn’t like. Yes,
I achieved university degrees and I really worked hard for them. At the time, it was normal to study something you don’t like.
Making money is considered to have nothing to do with fun or with something you like.
And if you don’t work really hard – even as a woman – you are not respected.
You need to work hard whether it makes sense or not.

Sometimes, I wake up in the middle of the night to see my dreams disappear: I’m no longer a teenager.
It’s all about self-confidence and if you don’t believe in yourself, you cannot achieve anything.
Today I know that there’s nothing wrong with being self-confident.
On the contrary, it’s essential.
To foster my self-confidence, I go to a fitness club and I try to speak German even if it isn’t perfect.

Don’t mix up your lives by thinking it’s too late for pursuing your dreams.
It’s never too late!!
Don’t ever forget about it!!! 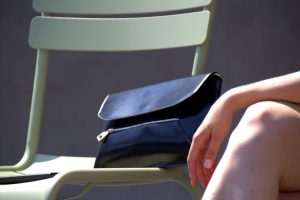 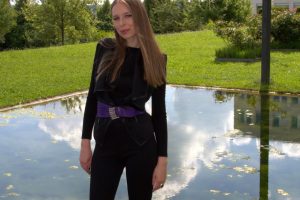 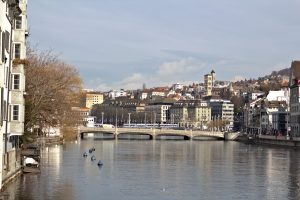